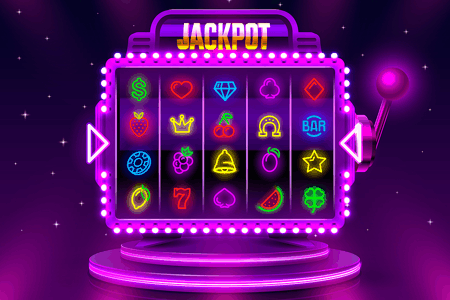 Anyone who has ever used a slot machines or played on one online dreams of hitting the big time. They are games that promise such huge jackpots that it’s impossible not to fantasise about triggering one. Some of them require you to pay the maximum amount possible in order to stand a chance of winning, whilst others open the jackpots open to those that only really want to play with smaller stakes.

That means that there have been some really impressive wins from small stakes over the years. There have also been people that have won relatively big prizes after starting off with a small stake, but rolling over their winnings on the games that they were playing before eventually hitting it big. Either way, it’s proof that you don’t always need to bet with large stakes in order to take home an impressive prize.

* The actual spin amount is unknown but sources have reported that the player was betting ‘small stakes’.

Looking At The Biggest Wins

It is the dream of every punter that they can hit it big from a small stake. Think about how often someone has bought just a single ticket for the EuroMillions at a cost of £2.50, but they’ve been hoping that they could win £150 million or more. The same line of thinking is in place on slots, with even leisure players keen to win a good chunk of money by hitting the jackpot. Here’s a look at the ones that have.

Most people that play slots will be hoping for a big win, perhaps in the range of the tens of thousands of pounds mark if they’re lucky. Imagine the expression on the face of a man identified as Klaus E., then, when he paid a stake of 50 cent to play the Mega-Moolah progressive slot machine on a betting site and was rewarded with a payout of $5,556,753.68. The man, who lives in Finland, instantly became a multi-millionaire.

The site, which was part of the MicroGaming community at the time of Klaus E.’s win, was part of Casino Rewards. He became just the fourth person to join their Millionaire’s Club, taking the total amount won across their network to more than $27 million. He was the 13th millionaire from a Microgaming Progressive Jackpot, making that his lucky number. It was also the biggest Mega-Moolah winner ever at the time.

The Soldier That Won £13 million

If Klaus E.’s win was impressive, it’s as nothing when compared with the £13.2 million that was picked up by 26-year-old soldier Jonathon Heywood in 2015. He was using some of his downtime to play on the slots, paying the minimum stake of 25 pence to do so. As with Klaus E., Mr Heywood was playing on Mega Moolah and he set a record for the largest win on the game when the progressive jackpot hit.

The man himself described winning £13.2 million as ‘surreal’, acknowledging that it would take him some time to come to terms with his win. He said he ‘just kept staring’ at his screen after winning, which seems like an entirely appropriate response. It wasn’t just the largest jackpot won on the Microgaming network but was the largest jackpot won anywhere in the world on a slot.

John Orchard was working at the JobCentre and spent some of his hard earned cash on slots every now and then. One of those times involved him playing on a slot game that was based on the Batman film The Dark Knight, with Orchard triggering the progressive jackpot and winning £5.8 million as a result. The great-grandad, who had moved with his wife Linda to Long Sutton in Lincolnshire, ‘couldn’t believe’ that he’d won.

It set a new record for a win via an online bingo site, which had previously stood at around £5.1 million and was won by a businessman in Greece. The UK record had been £1.2 million, which was won in 2008. They had moved to Long Sutton because of the expense of mortgages where they had lived previous, but were then able to use the money to celebrate their 25th wedding anniversary in style after a stake of just 30 pence.

From a bettor’s point of view, the good news is that the world record for online slot wins just keeps going up. Not that the 20-year-old Norwegian that won €11.7 million on Mega Fortune will mind that he didn’t hold onto the world record for all that long. The highest-ever jackpot in online gaming history at the time was won in the early hours of Saturday the 24th of September when a Norwegian player triggered it.

Having chosen to play with small stakes, he was soon being congratulated by the Chief Executive Officer of Net Entertainment for his win. The progressive jackpot on the Mega Fortunes slot was able to grow so big because it pooled the resources of several large casinos around Europe. Little wonder, then, that it was such a popular game and that the Norwegian student chose to play it in the first place.

Angela New decided to login to her favourite gaming site whilst her husband and two kids were sleeping. The busy mum would usually have been taking the kids to school, but because it was half-time she let them have a lie-in and treated herself to a quick spin on a slot game that was themed around the film Gladiator. Opting for a stake of just 25 pence, she couldn’t believe her luck when she scooped £1.3 million.

New said that she felt as though she was ‘in a dream’ when she saw how much she’d won. She said, “I just felt sick and didn’t know what to do with myself.” Understandably, she ran upstairs screaming and woke her husband Michael up to tell him of the win, which was enough to allow them to pay off the mortgage on their house and even stop working. From such a small stake, the win was remarkably impressive.

As far as this particular page is concerned, a £1.25 stake seems like big money. It’s still relatively small in the grand scheme of things, of course, and was enough to see a player by the name of Wellzyc pick up £6,235,372.42. It was the biggest jackpot ever won at BGO at the time. To give in an indication of the small size of the stake in relative terms, someone else won £3.6 million from a £10 stake the year before.

The winner described themselves as being in a state of ‘shock and disbelief’ when they saw the win, acknowledging that it would give them and their family security for the future; after they’d been to Disney of course. It’s another example of a player winning big on a progressive jackpot, winning lottery-type money for an even smaller stake size that would have to be played on the national game.