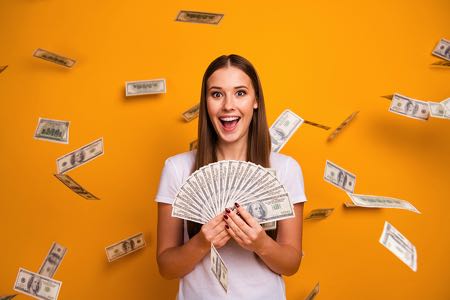 When it comes to winning money off a relatively small stake, the Totepool is an oft-forgotten option that is available to bettors. Betting on the Totepool is a different experience from betting with a fixed-odds bookmaker, largely thanks to the fact that it is a pool-style of betting. This means that how much you win will be dictated by the number of people that backed the same outcome as you, as well as the size of your bet.

The Tote not only allows you to place the usual mix of Win Singles, Place bets, Each-Way bets and so on, but also its own version of popular multiple bets thanks to the likes of the Totepool and Placepool. This is where the real money lies, such as in 2009 when a combined Win and Bonus Prize amounted to more than £3.5 million. Given that you can win big amounts with low stakes, it’s very much worth thinking about.

The Totepool Bets That Win Big

The nature of the Totepool us such that there are various bet types that allow you to win big. There’s the ToteJackpot, for example, which asks you to pick six winners from the same meeting. There’s also Scoop6, which is where six races are chosen from a Saturday’s racing across a multitude of meetings and you need to select the winners of all six of the races that ended up being chosen.

The TotePlacepot promises a slightly smaller jackpot on account of the fact that you have to choose a horse that will place in the first six races of a meeting; no easy feat, but easier than picking the outright winner. The ToteQuadpot, meanwhile, requires the selection of a horse that will place in races 3, 4, 5 and 6 during a given meeting. Again, easier than the ToteJackpot, but far from an easy thing to do.

The whole idea behind the ToteJackpot is that it asks players to pick six winners across six races that are selected by the Totepool on a daily basis. Correctly identifying all six winners can lead to the guesser getting their hands on huge sums of money, with the jackpot rolling over each day that there is no winner. With the jackpot occasionally climbing as high as £1.5 million, that’s not a bad return for a wager that can be as little as £1.

The nature of the ToteJackpot is such that it begins to garner interest when it has rolled over a couple of times and the amount that punters can win hits a decent level. Of course, the more that people play the more that they can win and the more chance that it will be won, which is the joy of a pool-style betting system. Here’s a look at some of the biggest ToteJackpot wins that there have been:

If you’re going to win some money from a £2 bet, £1.45 million would do it for most people. That’s exactly what Steve Whiteley did when he hit the ToteJackpot when attending a meeting at Exeter Racecourse. To make things even sweeter, he didn’t even have to pay for his tickets, have won them courtesy of a free promotion. The man from North Tawton only went to the races a couple of times a year.

Having selected his horses at random for the ToteJackpot, he was one of just seven people left in the entire country that stood a chance of winning it after the fourth race of the day. Having seen 2/1 Semi Colon win the first, Black Phantom win the second at odds of 12/1, Ammunition come in as the 16/1 outsider, Mr Bennet win at the same odds and Lundy Sky win at odds of 5/1, he needed 12/1 Lupita to be victorious in the final race.

Had Mr Whiteley known that the horse hadn’t won its last 26 races and that the jockey, Jessica Lodge, had never ridden a winner, he might well have changed his mind. Instead, he went on the name of the jockey because ‘lodge is just a name that sticks in my head’, he said. Previous a heating engineer, his £1,445,671.71 win was the biggest in the history of the Tote Jackpot when it came in.

As if to prove the point about the £1.4 million win being one of the biggest ever, when Tom Raine won £30,000 at the end of 2020 it was the largest prize that had been won on the ToteJackpot in more than two years. A member of the Pimlico Racing syndicate, Raine was at Kempton Park with his fiancé to celebrate her 40th birthday but didn’t tell how how much they stood to win until there were just three races left.

During dinner and drinks, Raine told Siobhain that he had a bet that ‘might pay a bit’. When Soar Above won the final race, it meant that Raine had won over £30,000, but he’d spent around £216 to do so. There had been £220,000 on offer for the ToteJackpot at the state of the day, but a rush of bets meant that there was £740,573.25 on offer in the prize pool for those that had units on the go.

The various losing horses meant that just £1 of Raine’s bet was still involved when the final race got underway. Ultimately, there were just 24.57 units still in play when Soar Above crossed the finish line, handing the various holders of the tickets £30,141.30 for each £1 they’d invested. Whilst Raine will have been delighted with his win, there were some other punters that took home the same amount have placed just a £1 wager to do so.

The Scoop6 jackpot on the Tote is different from the ToteJackpot on account of the fact that the six races that you need to pick the winners from are not at the same racecourse. Instead, the bet asks punters to choose the winners from six races across different meetings, with all of them taking place on the same Saturday. It’s an incredibly difficult bet to win, having launched on the 24th May, 1999.

There have been some massive Scoop6 wins since then, as you might well imagine. As with the other Tote bets, once the prize gets relatively high it results in more and more bettors throwing their hats into the ring to win it, which in turn sees the prize pool creep up even higher. Of course, the more people that have a live bet in the final race, the more likely it is that winners will have to share the jackpot, as we’ll learn here:

The Scoop6 win fund had reached nearly £2 million by the start of 2019, with the likelihood of it being won reaching a high level thanks to the sheer number of entries. Indeed, there were still 52 tickets that had a chance to win when the last race of the day crept around, but when a dramatic photo finish was needed it made things even more tense for all of those that wanted to win big.

The aptly named Closing Ceremony was declared the winner, meaning that the three people who had the horse’s name on their ticket won £643,903.40 apiece. One of them managed it from a £2 single line ticket, making the win even more impressive. Silva Eclipse’s backers will have been left heart-broken, given the manner in which the horse missed out and handing them an impressive prize.

By the middle of May 2014, the Scoop6 jackpot had tipped over the £10 million mark. It was the highest that the amount had ever reached, so it’s hardly surprising that there were a wealth of people signing up for it when Saturday rolled around. One such person was Craig Brazier, who had spent the day preparing for a fishing trip and chose to spend his final £2 on the Scoop6 instead of some maggots.

As with the other bettors who struck it lucky, he had bets on 16/1 Bear Behind at Haydock, 17/2 Conry in the 2.50 at Catterick, 8/1 rated Wee Jean in a race at Goodwood, 3/1 Joyeuse in Haydock’s 3.10 race, Johnny Cavagin at the same odds back at Catterick and Chatez with odds of 7/1, also at Haydock. The number of winners, who mostly remained anonymous, meant that Brazier took home £1,342,599.

In terms of chances of winning, the TotePlacepot is probably the best one to enter. It is also the most popular, however, meaning that even if you do win then there’s a chance that you’ll have to share any prize. Part of the bet’s popularity comes in the form of its stake size, with the minimum bet per line being ten pence and the minimum total bet is £1. You can pick as many horses to reach a place as you want in every race, too.

You pay for each entry, but 24 selections at ten pence each would amount to a bet of £2,40, which isn’t exactly breaking the bank. You can place your bet according to the horse’s name, its number or even just opt to back the favourite, with the average payout being over £400 per £1 bet. Of course, sometimes people get lucky with their winnings, which is what we’re going to look at quickly here:

Cheltenham isn’t exactly an under-represented racing meeting, but it might well have gone up in popularity thanks to the big win enjoyed by one punter during the 2019 meeting. Klassical Dream had a Starting Price of 6/1, whilst Due Des Genievres was 5/1. The enjoyably named Beware The Bear was 10/1, but it was Melon that was the longest odds with a Starting Price of 20/1. Stormy Island at 7/1 and A Plus Tard at 5/1 completed the set.

From the six choices made by the lucky punter, only Melon and Stormy placed rather than won their race. Even so, it meant that they would have lost on Scoop6 but won on the Placepot. In the end, there were 10.50 winning tickets, meaning that the £958,481.10 was split 10.50 ways. Our lucky punter, who had bet £2, took home two dividends, each of which was worth £91,283.10.

The year before each dividend was worth £91,283.10, the Cheltenham Festival was home to another big Placepot win. This time the jackpot had reached more than £900,000 by Cheltenham Gold Cup Day, meaning that Patricia Ryall’s six selections on a £3 bet presented her with £32,088.70 per share, leading to a total take-home amount of £96,266.10 courtesy of the following six horses:

It was not only the biggest win of her racing life, it was actually the only win, despite attending the Cheltenham Festival for 18 years. There were 28 winning units, including those won by John Crean on behalf of his syndicate, to whom he took back £64,177.40. You can see why it is that the Placepot is such a popular wager for punters, given the manner in which large sums of money can be won for relatively small outlays.