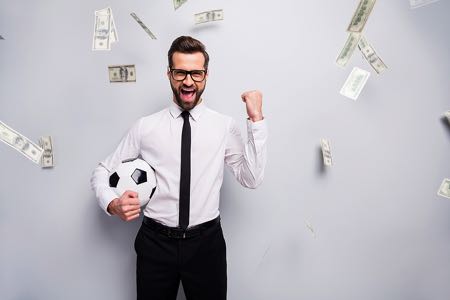 Bookmakers want your money. We can paint it in different ways and sugarcoat it if you want, but that’s what their business model boils down to. They want you to gamble your money with them because they know that they will win it from you more often than not. In order to entice you, bookies offer all sorts of different prizes and promotions so that you bet with them rather than a competitor.

Betting companies know that you want to win from them just as much as they want to take your money from you, such is the dance that takes place when we gamble. As a result, they realise that enticing you in with big wins is a way to get your business and they therefore offer large prizes for specific achievements, knowing that it will win them business just as the lottery is big business. Here’s a look at one of those methods of winning customers: football jackpots. 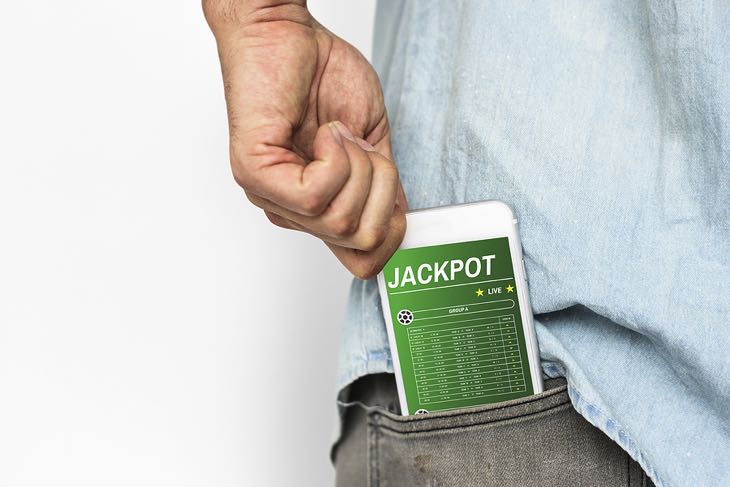 The whole point of a football jackpot is to allow people to win vast sums of money from a small outlay. An example of a football jackpot that most people will have heard of, even if they’ve never played it, came in the form of the football Pools. It started life out as something you could play when you went to a football match and got a coupon, then people who call door to door and offer it before the move came to offer it over the phone.

Of course, technology is much better now than it was when the Pools launched, so you can play it online. Football jackpots have also come about because of the move to the online world, with the concept of it being similar regardless of the company that you play with. The rules will vary from company to company, but we’ll look to give you a good overview of how it works here so you have at least a rough sense of what you’re doing.

The essence of the football jackpot is that it asks players to decide upon the result of a series of games, deciding whether it will end in a home win, a draw or an away win. You will win if you correctly identify the results of all of the matches that have been selected for the coupon. If you’re a horse racing fan, it’s a little bit like the footballing equivalent of playing the Scoop6, needing to select the winning horses in six different races.

The problem is, one wrong answer means that your chance of winning the jackpot goes up in smoke. If you win, however, then you’ll receive your payout as a dividend. This means that the jackpot will be split between the number of people that have won, with bookmakers tending to keep about 30% of the overall pot in order to roll that over into the next week so that there’s always something to be won.

If you want to, you can choose to bet on more than one result in the same game. If you’re not sure whether it will be a home win or a draw, for example, you can bet on both of them. This form of line betting allows you to hedge your bets, but you will pay more because of it. Your overall stake will increase the more selections you make, which you need to bear in mind if you’re looking to keep your wager price relatively low.

The purpose of the dividend is that how much you bet per line will change the amount that you’ll win. Someone that has wagered 50 pence per line, for example, will end up being paid more than someone that only chose to stake 25 pence per line. Depending on the company that you use for your football jackpot bet, you may be on the receiving end of a payout if you only get one or two of your predictions wrong.

Is There a Strategy to Football Jackpots? 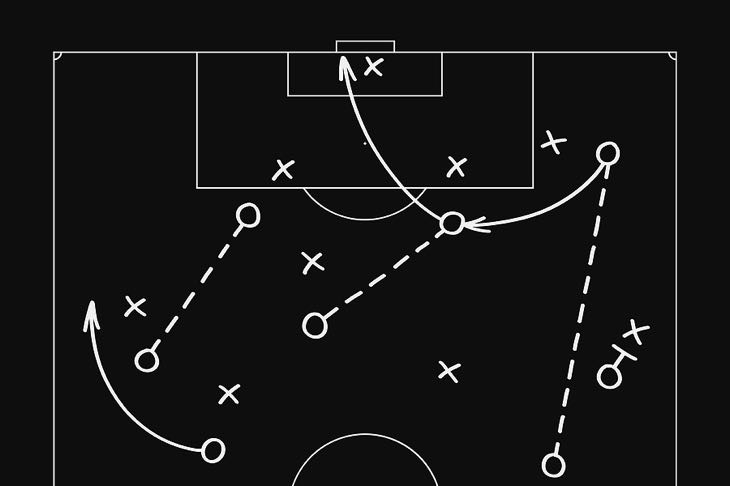 It would be untrue to suggest that you can guarantee yourself a win on a football jackpot by following specific strategies. What you can do, however, is increase the likelihood that you’ll win by opting for certain methods when you approach the decisions that you make. The first thing that you’ll want to do, for example, is ensure that you take advantage of the ability to play multiple lines, even though you have to pay for them.

Make Use of Multiple Lines

Let’s be honest, football matches are sometimes really hard to predict. If that wasn’t the case, we’d all be winning fortunes every week by correctly predicting the outcome of matches taking place up and down the country. Instead, even when we think we know the likely outcome of a game we’ll often get it wrong. Having the option to hedge your bets is not something that should be sniffed at when making your selections.

Let’s imagine a world in which you need to correctly identify the outcome of 15 different football matches. The sheer numbers involved there means that it is tricky to be able to ensure you’ll definitely get your predictions right across the board, so the best thing to do is to choose your bankers and then consider the possible outcomes in the games that you’re less sure about. Perhaps that leaves you with two or three matches, like this:

For those two question marks at the end of the list, you might want to opt for, say, a home win and a draw. This gives you a little bit of wiggle room and allows for your selection to be wrong. The final two matches could be either a win for the home team or a draw and your bet would be a winner, so you only need to hope that the away team doesn’t win in those instances.

Use Cash Out If You Can

Not all companies that offer football jackpots will allow you to Cash Out your bet, but if you sign up for a bookmaker that does allow it then you’d be mad not to take advantage. It is common for these types of bets to be on games that are played across a weekend, meaning that some might take place on Friday night, some Saturday, others Sunday and at least one or two on a Monday, giving you the chance to consider a Cash Out.

Whether you’ll want to Cash Out will depend on a number of factors, including the degree of confidence you’ve got in your selection for the games that are still to play. If it’s one of the games that you consider a banker left on a Monday night, for example, then you’ll want to let the bet play out. If it’s one you weren’t sure of, however, and you’re being offered a decent Cash Out price, it might be worth considering taking it.

Think Outside the Box

It is common for people inexperience in betting on a given sport to look at the favourite and decide that it makes sense to place a bet on them without thinking about it. There are numerous problems with this strategy, not least of which is the fact that many people opt for it and therefore jackpots that win with all of the favourites being successful result in the people that selected them getting a relatively small payout.

There’s also the fact that all of the favourites very rarely win at the same time. Think of a weekend of Premier League and Championship football in recent times and look at the results. The chances are slim that every single favourite will have won in all of the games that took place, meaning that you’re actually limiting your chance of winning by constantly selecting the favourites to succeed in all of the matches in your coupon.

In 2016, for example, bettors believed that they had won £25,000 when the correctly identified the First Goalscorer in a match, as well as the minute that they’d score in. What they didn’t realise was that they’d opted for one of the favourites to open the scoring and in one of the most common minutes to do so, resulting in them having to split the £25,000 with 230 other people, with each receiving a little over £108.

Whilst £108 is nothing to be sniffed at, it’s not as impressive as winning £25,000 because you’ve chosen a less popular opening scoring in a time that fewer people are likely to select. You obviously need luck to be on your side with such a decision, but that is the case regardless when you’re choosing a large number of outcomes in football matches that might have anything from own goals to red cards in them to send them off course.

If what you’re interested in is winning money, even if it’s only a small amount, then you might want to consider joining a syndicate. Sites that offer football jackpots will often allow you to take part in a syndicate that allows people to place a larger bet with a smaller outlay. Let’s imagine that you want to place a football jackpot wager with 128 different lines and pay 50 pence per line. If you were playing on your own, this would cost you £64.

With a syndicate, meanwhile, you could pay £1.01 for a 5.6% share in the jackpot. You’ll get less money than if you played on your own, but you’re also paying considerable less. It is a way of being able to win a decent enough payout but without paying through the nose for the privilege, so it is definitely worth considering if you’re the sort of person that likes to win regularly but can’t afford to go for the big prize alone.

Things to Think About

The most important thing to bear in mind when you’re considering playing a football jackpot is the fact that it is really difficult to win. Whether you’re needing to play eight lines or 15, the chance of correctly predicting the outcome of every single match correctly is slim. This means that what you need to think about is whether you want to win a small amount of money on a regular basis or a big jackpot once in a blue moon.

If it’s the former then you’ll want to seriously consider joining a syndicate, given this presents you with the best chance of increasing your bankroll regularly. If it’s the latter, you’ll need to do large amounts of research on every match within your selection in order to make sure that you’re giving yourself the best chance of winning when you play. You’ll also want to consider how big your stake is, given this will dictate your overall share of the winnings.

The truth of the matter is that football jackpots aren’t really worth playing if your aim is to win vast amounts of money. You’ll end up being caught in a situation whereby you start questioning every choice that you make, adding multiple lines to your bet and paying more than you intended to, only to find out that you’ve got to share you winnings with someone else because a syndicate covered every possible outcome.

Playing a football jackpot game on a site that offers consolation prizes is a sensible thing to do, given the difficultly of correctly predicting the outcome of so many matches. Imagine a scenario in which you have correctly identified 14 out of the 15 results but you get nothing because you played a site that doesn’t give consolation prizes out to people that came close but just missed out because of one or two results. Painful.