The beauty of the Totepool is that your payout is dictated not by the odds assigned to a horse or other wager, as with a fixed-odds bookmaker, but by the number of winners and the size of the pot at the time of the win. Imagine a scenario in which there are ten people that are all waiting for the same horse to win, with the pot size being £10,000. If they’ve all paid £1 then they’ll each win £1,000, but if one person has paid more they’ll get more.

The easiest way of thinking about it is as though you’re not buying a ticket but a share. Each £1 or £2 spent, depending on the pool you’re buying into, is the equivalent of purchasing a share. As with anything else in which there are shares involved, those that have more of them will receive a lager payout than people who have fewer shares. That’s what we’ll look at in more detail here.

Figuring Out the Tote 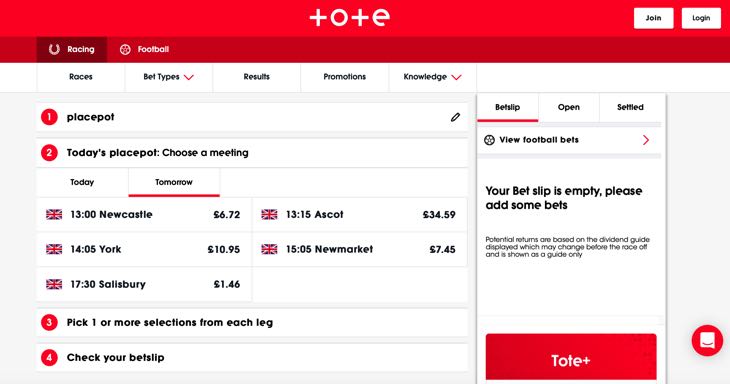 Before we do anything else, let’s have a quick look at Totepool betting. When you bet on an outcome with a fixed-odds bookmaker, you’re informed before placing the bet what the odds are on that horse’s chance of winning a race. The clue is in the title, really, in that they have fixed-odds. With the Tote, on the other hand, the odds aren’t fixed but are instead dictated to according to how much money is paid into the pool.

Let’s picture a scenario in which £10,000 worth of bets have been made on a certain horse race after the Tote has taken its commission, with the bets being split between all of the horses. £1,000 of that was bet on the horse that turns out to be the winner, with 10,000/1,000 equalling 10. That means that for every £1 bet on the winning horse, the bettor will receive £10 in return. Someone that has bet £20 will therefore get £200 back, whilst someone that bet £2 will get £20 in winnings.

All of the money bet on any given event is entered into a pool and then split between any winners, hence the notion of pool betting. It is only right that someone paying more money into the pool should get a higher share of any winnings, else everyone would just bet the minimum. It’s also important to remember that the Tote removes a percentage of the pool before any winnings are paid out, hence you might not receive exactly as much as you were expecting.

Each type of bet placed with the Tote has its own minimum stake amount, so obviously it’s anything in excess of that that would count towards having a larger share of the overall pool. The likes of Win and Place bets tend to have lower stakes than the likes of Scoop6, as we’ll point out here:

It’s interesting to note that the most expensive bet to place is the Scoop6, but that’s also the one that regularly offers the largest prize. If you were to pick six horses that you thought would win the six races that have been selected and you paid £5 for your stake, your would effectively receive five and a half shares in the winnings. If there were 10 winning shares of £1,400,000, you would take home half of it after the Tote’s percentage has been taken off.

The best way of thinking about it is like the National Lottery. Let’s say that you were playing the lottery and the jackpot was £1.4 million. Paying for a larger stake when betting on the Tote is the equivalent of buying several tickets with the name numbers, so that if several people win you’ll get a larger share of the jackpot. It is akin to that, though obviously the two things aren’t exactly the same.

How to Plan Your Stake 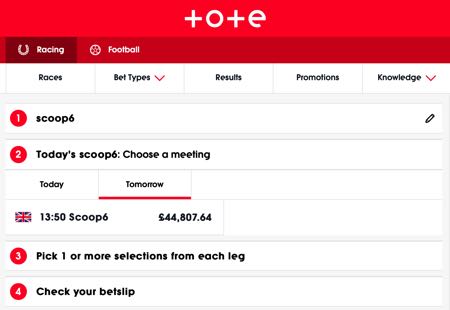 On the occasion when only one person wins a Tote prize, there’s no need to have increased your stake size as all of the money is only going to one person regardless of how big or small their stake is. The time when you need to start thinking about increasing your stake size is when you’re betting on the more popular offerings of the Tote. This is when there are more likely to be an increased number of winners, so stake size will matter.

The Tote’s Scoop6 and the Placepot are two of the most popular Tote wagers that you can place, with their popularity increasing the higher the prize amount gets. Obviously the more people play, the more money is paid into the pool and therefore the higher it gets, so more people are tempted to have a go at winning it. This is when you need to think seriously about the size of the stake that you’re going to bet with, given that it will influence how much you might win.

Of course, there’s no way to know how many people will actually be in with a chance of winning a share of any particular Tote bet, but you can figure it out from the averages based on the number of people that are playing. If the Scoop6 jackpot has hit the £1.5 million mark, it’s hardly going to be an amount that passes people by. Instead, even those that don’t normally get involved with betting on horse racing will suddenly have an interest, meaning that the amount of people betting on will have gone up exponentially.

The more people that are taking part, the more likely it is that someone will win the jackpot. You’re taking part because you obviously hope that it will be you, so adjusting your stake amount will give you a larger share of the jackpot if it ends up being won. Let’s imagine for a moment that there are ten people still in with a chance of winning the Scoop6 as the final race gets underway. There are 20 ‘shares’ owned by those ten people, but you know that your bet is £10, so you have five shares.

When the jackpot is won, five people have nine shares between them, with five of those shares belonging to you and the other four split one-per-person between the other four bettors. That means that you will receive five times the share value, whereas everyone else will only receive one times the share value each. If we imagine that the jackpot is £1.8 million, that would mean that each share is worth £200,000. Because you have five shares, you’ll be paid £1,000,000 whilst everyone else will get £200,000 apiece.

How Much Do You Want to Win?

It goes without saying that everyone wants to win as much money as possible every time that they place a bet or buy a lottery ticket. Yet if you were asked how much you need to win rather than how much you want to win, you’d probably give a different answer. When considering how large a stake to pay for when betting on horse racing, you might want to weigh up how much you can afford to bet alongside how much you actually feel like you need to win.

That is to say, if you can only really afford to bet £2 right now and betting £10 for five ‘shares’ in the jackpot would push you to your limit, would £200,000 be just as big in its own way as £1 million? Obviously a million would be a massive amount of money to win, but might £200,000 allow you the chance to clear your debts and live comfortably, say? If so, it could be worth considering only betting the £2 and not making your financial situation uncomfortable in the short-term.

That is especially true when you consider that the chance of winning the Scoop6 is extremely low. The reason why those sorts of jackpots are able to grow as large as they do is that people rarely win them, with the jacket often going for months or even years before being triggered. Yes, your eyes will grow at the idea of winning £1 million, but if you don’t then you might have just spend a £10 that you can ill-afford to lose.

Should You Go With More Lines Rather Than a Bigger Stake? 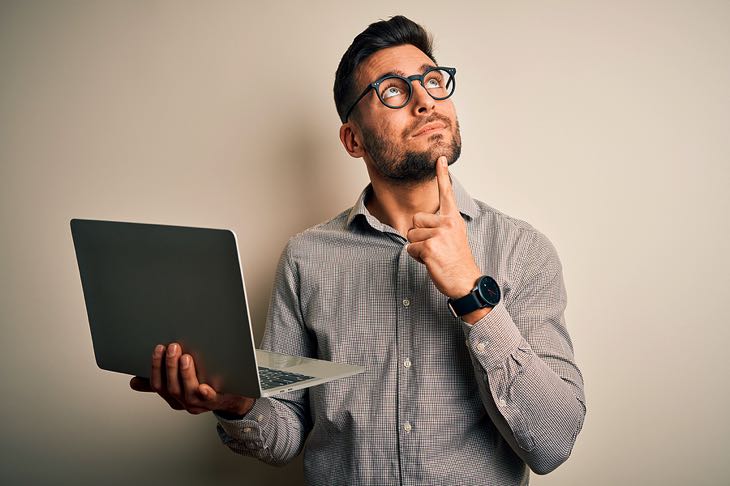 A bigger stake would give you a larger share of the jackpot if you were to win your Scoop6, Tote Placepot or Tote Jackpot bet, but you would very much be putting all of your eggs into the same basket. If you end up in a situation where the first horse that you’ve bet on doesn’t win its race, you’ll lose your £10 and have nothing to show for it, with your entire bet down the drain before you’ve even really got into your stride.

One of the things that you can choose to do instead is to use your £10 to buy five Scoop6 tickets with different selections on each, thereby giving yourself a greater chance of winning at least a share of the jackpot. You might still want to select some of the same horses, but if you’re unsure about one or two of those racing then you can mix and match your selections to give yourself a greater chance of still having a live bet as the races go on.

As always with betting, it all comes down to personal preference. You might well be absolutely convinced that your selections are going to win and therefore decide that you want the biggest slice of the jackpot that you can afford to buy shares for. Alternatively, you might think that you’re better placed spreading your selections around and therefore that your £10 will be more use spread across different bets. The choice, as always, is yours.