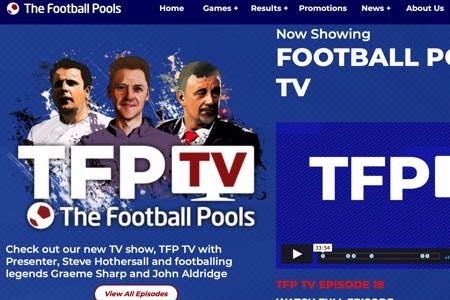 For people with parents or grandparents of a certain age, stories of money they won on the Pools are a common occurrence. In the modern age of online bookmakers, Cash Outs and In-Play betting, the Pools can seem somewhat anachronistic. That’s hardly surprising given the fact that they’ve been around for nearly a hundred years, yet they’ve done what they can to move with the times and stay relevant where they can.

In an age where it’s possible to bet on people you’ve never met playing computer games against one another, it’s hardly surprising that the Pools seems like they come from a long-lost era. The Pools were revolutionary when they first came out, but nowadays it is somewhat old-hat to some. It’s still available to play online, however, with numerous different competitions that you can get involved in.

A Brief History of the Pools

Let’s start by looking at the origins of the Football Pools, which were the brain child of a Birmingham man named John Jervis Barnard. He and his friends were passionate about football, as well as betting, but the only betting that you could do at the time was on racecourses. As a result, Barnard came up with an idea that involved people placing their bets on the outcome of football matches into a ‘pool’, from which winnings would be taken.

Barnard’s plan was to take a percentage of the pool to cover any costs that he incurred, but it was not a successful enterprise and he was ready to give up on it. It was at that point that he met John Moores, a Lancashire born businessman. Moores took one of Barnard’s coupons back with him to Manchester were he showed it two of his friends, Colin Askham and Bill Hughes. The three were working in the Post Office together at the time.

Convinced that this was a lucrative scheme that could see them escape dead end jobs, the three decided to launch the scheme. The tried to sell their first coupons outside Old Trafford before a Manchester United game in 1923, but despite printing off 4,000 coupons, they only got 35 of them back. Just as Barnard had discovered before them, the Football Pools appeared to be a flop.

Askham and Hughes, having paid in £50 each along with Moores to get the project off the ground, were disillusioned after doubling-down and printing 10,000 coupons that were distributed in Hull, only to get just a single one returned. Moores had faith in the project, however, and in the middle of the 1924-1925 season, when they were ready to pull the plug, paid them each back the £200 they’d invested by that point for their share in the business.

The Littlewoods Pools took off in the months and years after that decision, though quite why it became so popular is difficult to tell. All we do know is that John Moores became a millionaire, avoiding getting on the wrong side of the law as part of the Ready Monies Act by only accepting payment via postal order and not cash. The Pools took off, with rival firms like Vernons and Zetters launching in the years that followed.

Can You Still Play the Pools?

Despite the likes of the National Lottery and online betting taking away many of the Pools’ players, the company moved forward and developed to do its best to stay relevant. Though both online bookmakers and the lottery did the Pools damage, neither of them killed it off altogether and you can still play it online. Sportech Plc paid Littlewoods Pools £161 million in 2000 to take over the company, adding Zetters in 2002.

In 2007, Sportech Plc bought Vernons to ensure that they had the set, announcing a plan to re-launch the Pools after a re-brand to call it the New Football Pools. Thousands of players took to the new-look Pools offering, playing it on a regular basis. It made the news in 2010 when 15 players won a share of a £4 million jackpot. Though the number of players has dropped from the ten million per week that the Pools enjoyed before the National Lottery came along, it is still popular.

OpCapita bought the Pools for £83 million, determined to keep it going and breathing new life into it. They offer people numerous different games aside from the standard one, with the likes of Premier 10, Jackpot 12 and others more than popular with online players. The Pools may be one of the oldest forms of football betting around, but it has maintained a sense of enjoyment for fans of the game up and down the country.

How to Play the Pools

The Classic Pools remains the same today as it always was. You are offered a wealth of matches from across Europe, not just the top divisions such as the Premier League but also lower leagues. All you need to do is select ten games that you think will end in a score draw. If eight or more of them do indeed end with the points being shared after both teams have scored goals, you’ll win big prizes.

When it comes to how much you’ll win, this is what the Pools’ small print has to say about the matter:

The sum of money from the Pool for a particular Match Listing calculated according to the relevant dividend(s), that is paid to a Customer whose Entry gained sufficient points to entitle that Customer to a share of the relevant Classic Prize fund.

Basically, what that means is how much you’ll win depends on numerous different factors. That’s for the Classic Pools, with other versions of the game having their own rules and their own payouts. Soccer Six, for example, presents punters with the chance to win big if they successfully chose six matches and correctly identify whether they’ll be won by the Home side, the Away side or end in a draw.