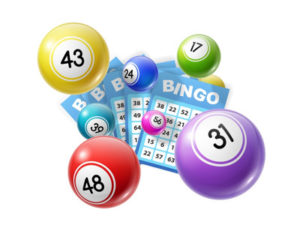 The online bingo world is full of big bonuses from small deposits, helped by the fact that there are so many bingo sites to choose from. In this page we list bingo sites that accept a £5 minimum deposit as well as showcase the biggest and best offers that your fiver can get you – we’ve even seen deals as high as £80 from a £5 deposit.

Most of these offers require you to make your deposit (of £5) and then play through it once in bingo games. You’ll then receive £20, £30, £40 or even more to buy more tickets. Many sites also combine the bingo bonus with a slots bonus or throw in some free spins on top.

When it comes to getting the most bang for your buck, few games offer you the same level of entertainment as bingo. Lots of sites offer all sorts of ways for punters to experience the games that they have on offer for little to no money. That bingo games tend to last a little while to be completed ensures that your limited investment will result in a longer playing experience.

Of course, in order to to that you’ll need to make sure that you avoid the rapid rooms, where games are played at a pace and are more about speed then the overall experience. Try out a few different bingo sites and different rooms to see which ones suit you, but pretty much all of them will offer you cheap bingo or bingo that is entirely free, which is surely a winner.

Bingo sites typically offer a number of rooms and each room tends to have a different type of game. This means that you’re given the option to spend as much or as little as you want, though it’s worth bearing in mind that the more you’re willing to splash out on tickets the higher your chance of winning a big jackpot amount is. That doesn’t mean that you need to spend big, however.

You can get tickets for as little as one pence, though the one thing to think about is that the more tickets you buy the more the chance that you’ll win a prize. Most people in the room that you’re in will buy the maximum number of tickets, so if that’s twelve then they’ll have eleven more chances of hitting a line or House than you’ll have with your single ticket. If you’re in it more for the fun than the winning, though, that’s irrelevant.

Head to one of the big names in bingo, such as Gala or Mecca, and you’ll find that penny bingo games are kicking off every few minutes. Sign up with one of the lesser-known sites and the reality is that the games will be rarer, especially if you’re looking to play during peak hours. Even they will have them regularly during the off-peak period, though, as they try to entice players into their rooms during the quieter periods.

If you are happy to stretch your budget a little bit further then there’ll be a number of five and ten pence games starting pretty much any time you choose to sign in to your account. Whilst this might not seem like a lot, do remember that that’s the cost per ticket and they’ll often allow you to but a double-digit number of tickets. Ten tickets at 10p per ticket is £1 a game, so if you’ve got a small budget it won’t last long playing at that level.

The good news is that bingo sites know full well that a lot of their customers are there for the entertainment and the community rather than the prize money. That’s not to say that the prizes on offer aren’t decent, just that many of the people logging on to bingo sites are more interested in using the chat function to speak to their bingo friends than they are in making themselves rich.

As a result, it’s not uncommon for the big bingo sites to offer players a chance to extend the amount of money that they have in their account in order to prolong how much time they spend logged in. Don’t forget that this is, of course, in the bingo site’s interest given that the longer you stay online the more chance there is that you’ll lose any of your winnings, so remember that.

That being said, there’s nothing wrong with a company wanting to give you free games or an increased amount of money, so here are the things worth keeping your eye out for:

BOGOF is an acronym meaning Buy One, Get One Free. This does exactly what it says on the tin, promising you a free ticket for every one that you buy. If the game is 1p per ticket and you can buy a maximum of twenty tickets then it will only cost you 10p to buy the full amount available rather than the 20p it would cost you at full price.

The really good thing with this is that there is no trickery or wool being pulled over your eyes. The tickets that are free are just as valid as the ones that you paid for, so you’re just getting double the chance of winning for half of the cost. The only downside is that these rooms tend to be busy, meaning that your chance of winning are reduced thanks to the sheer number of people playing.

One thing to think about is the fact that BOGOF games give you a chance to try more expensive rooms for cheaper than if the games were being played at full price. If there is, say, a 10p room that you like the look of but ten tickets at a cost of £1 per game feels a bit much for you then wait until there’s a BOGOF game on offer and play the full game for 50p instead.

Pretty much every bingo site worth its salt will have free bingo games on offer on a regular basis. These are promotional rooms as opposed to sign up offers, meaning that they’re typically available to everyone and give you a chance to win real cash prizes without having to pay for tickets to join in. They’re commonly offered to what are known in the bingo world as ‘newbies’, or new players, as a way to find out how the site works.

They’re not the exclusive domain of newbies, however, and normally the big sites offer every single player who has spend a certain amount of money every week the chance to play free bingo for a set amount of time. One big site, as an example, asks you to spend £1 on bingo during the week in order to qualify for thirty minutes free bingo every weekend. The prize money on offer depends upon your loyalty level.

As mentioned elsewhere on this page, most bingo sites pride themselves on their community feel. People chat to each other via the chat box on each page, often having friends that they regularly tend to play with and enjoy chatting to. There are people whose job is specifically to get people talking to each other in these chat rooms and they are given all sorts of responsibilities.

One job is to make sure that everyone is playing nice in the bingo rooms, ensuring that there’s no nastiness or rudeness being demonstrated. The more important one that we’re interested in, though, involves the giving out of prizes and bonuses to people at random. Sometimes they’ll do this for things such as the best joke that people can tell, other times it will involve finding out people’s birthdays.

There’s not necessarily any rhyme or reason to the manner in which the prizes and bonuses are handed out in the chat rooms, with the likes of being able to guess the community leader’s favour colour a reason for prizes being awarded. Normally the ‘prize’ is a given amount of free bingo, such as £5 worth of bingo tickets for use in the room that you won the prize in.

The random nature of the assignation of the prize means that it’s very difficult to predict when you’ll be able to win something, but if you keep an active eye on the chat room and make sure that you’re willing to participate in stuff then you can often win yourself a little bit of extra money that will allow you to make your bingo experience last even longer that you might have planned.