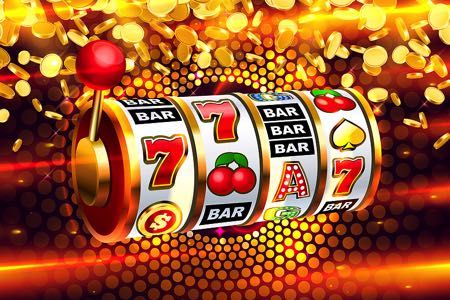 For low stakes bettors, slot games can be one of the best places to look in terms of bang for your buck. For starters, with even a relatively small stake you can play slot games for a long time on account of winning money back with spins that won’t be enough to allow you to retire, but will be enough in terms of keeping you player for a little bit longer if your luck is in when you get down to playing.

There’s also the fact that slot games allow you to either bet minimum lines or else pick a relatively low stake, meaning that you have two ways of limiting how much you pay per spin. Little wonder, then, that slot games are such a popular area for low stakes players to engage in when it comes to online casinos. Here we’ll look at the sort of thing that you need to bear in mind when looking to play low stakes games on slot machines. 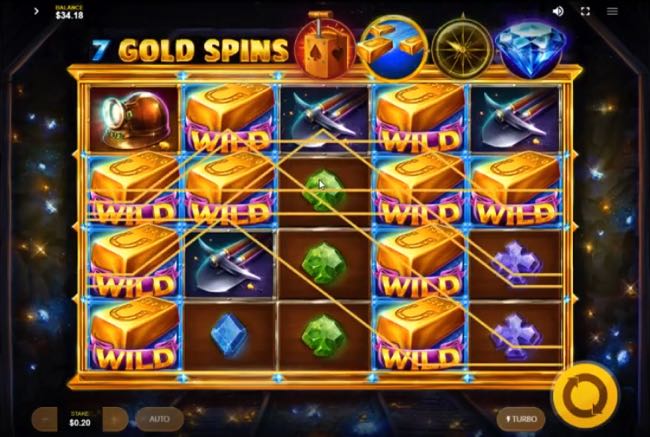 There are two things to think about when it comes to playing online slots: the pay lines and the bet per line. You could opt for a one pence bet per line, but if there are 50 lines then your bet will suddenly become really expensive to play the slot. It’s why you need to weigh up both things when you’re thinking about the slot that you want to play, ensuring that your bet doesn’t get out of hand too quickly.

The first thing to look at, therefore, is what the minimum bet per line is on the slot that you’re looking at. This is the starting point for keeping your bets down because there’s no point playing a game that has a minimum bet of, say, £1 per line. Instead, you’ll want to be looking for games that have minimum bets per line that drop as low as one pence, meaning that you’ll be able to select how much you want to pay in terms of lines.

Once you’ve figured out the minimum bet per line, you next need to investigate how many pay lines there are in the game. Sometimes you’ll find a game where you can play just one line, for example, whilst in others there’ll be a minimum number of lines that you will have to play. This is just as important as the minimum bet per line, because it will dictate how much each spin will cost.

Should You Play the Max Lines?

Once you’ve figured out the minimum pay lines that you have to play on a slot and the minimum cost per line, you can then start weighing up whether you should play the maximum lines or not. There are two main things behind this, with one of them being the cost and the other one being what you can win. Obviously, if cost is your main concern, then you’ll want to keep your pay lines down, but what you can win might outweigh that.

For that reason, you ideally want to be in a situation where you can play the maximum number of lines available in the game that you’re playing. That’s why the minimum cost per line will be the most important factor for those of you that are most interested in being able to trigger the jackpot on an online slot. If you’re not too worried about the jackpot then that’s obviously fine, but it does mean that the amount that you can win will be limited.

Low Stakes Slot Options Where You Can Play Max Lines

With all of that in mind, then, it’s worth having a look at some of the low stakes slots that you can play all of the lines on, therefore putting yourself in a position to potentially win the jackpot. As always, it’s worth bearing in mind that there’s no certainty that you will be able to trigger the jackpot. It’s also important to remember that, even with a Return to Player percentage as high as 98%, you’ll still lose money over time.

These games are all available on UK casinos at the time of writing. We’ll give you a description of what the game’s theme is, as well as the different payment options that are available to you depending on pay lines and the minimum bet per line that you can pay.

Rainbow Jackpots has an Irish theme, with a leprechaun who pops up and offers you Wilds occasionally. The symbols stick within this theme, with a four-leafed clover joining a green hat and a horseshoe, which has a green ribbon through it. The Wild symbol, meanwhile, is Celtic-themed. One of the bonus games involves pints of black-coloured ‘beer’ being poured into glasses, which are replaced with money by the Lucky Leprechaun.

As you can imagine, the theme of Regal Streak is, well, royalty. You can trigger Free Spins by landing three or more Regal Spin symbols, which is a golden crown. The other symbols are all fairly standard, such as the number 7, cherries and the 10 to Ace options most slot players have grown used to. The minimum bet is ten pence, but this allows you to play all of the lines and therefore potentially trigger the jackpot.

Themed around the idea of a gold mine, Wilds are made up of dynamite, gold and diamonds symbols. The rest of the symbols that will show up during the play are things, such as bags with gold, miner’s helmets, lamps and spades, as well as different gems. Gold Spins can also trigger a bonus round whilst the diamonds are a way of setting off a Mega Wild and a compass will ‘show you the way’ to big multipliers.

Dragon’s Luck is themed around Chinese folklore, with a bearded dragon symbol being the chief one. Multiple symbols can end up forming payouts on a single pay line, with Mega Coins triggering potential wins. As with other games we’ve mentioned, the whole point is that you can play the maximum lines for just ten pence, allowing you to trigger the jackpot. A small stake can last a while in this game.

Everything King Midas touched turned to gold, which is the theme of this slot game. You play the slot as normal, but every now and then King Midas might just show up and touch one of the symbols on your reels, turning it to gold and allowing further spins, with more of the same symbol also turning gold and therefore being winners.

The artist, Leonardo Da Vinci, is possibly one of the most famous in terms of the look of some of his inventions, which is what this game plays on heavily. As you might expect, the symbols are made up of the likes of the Mona Lisa, his prototype helicopter and other things that you’d associate with the artist. Get three or more Da Vinci Spins symbols and you can trigger symbol multipliers.

As with the other games we’ve mentioned, Big Banker automatically plays the maximum number of lines for you and there’s no way to adjust that. What you can adjust, though, is how much you pay per line, with the minimum being one pence. With ten lines, that works out as ten pence per spin, giving you the chance to trigger the jackpot. The theme is being rich, really, with symbols including safes and expensive-looking watches.

There are so many slots themed around the Deal or No Deal gameshow, with this being another example. The symbols are made up of classic ones like BAR, as well as show ones such as the mugs with question marks on them, a notebook and pen and a wax seal. If you trigger a Banker’s Exchange then the Banker will make you an offer to swap your fixed pot win for the chance to play the Deal or No Deal game.

All spins are played with the maximum of ten lines triggered, so you’re eligible to trigger the jackpot regardless of your stake. The minimum stake is one pence per line, making it ten pence per spin. It’s hardly a surprise, given the game’s name, that the symbols are mostly themed around the idea of being in prison, including searchlights, fellow inmates and lock-shaped Wilds.

You can win over 10,000 times your stake on the Mystery Reels game, which is part of the Megaways series. If you hit a Mystery Symbol then it will clone itself across your pay lines, revealing a symbol type for your win. You can get Free Spins if you land three Free Spins symbols, whilst the minimum bet you can play on this one is ten pence. That’s the theme of this page, giving you the chance to trigger jackpots with a relatively small outlay.

Some people might find the idea of a masked party a bit weird, but in this slot game the masked symbol can switch and become something else. It means that you never know whether your spin is going to be a winner, with the Golden Masque symbol able to duplicate and spread across reels. The Royal Masque, meanwhile, offers a potential win as it spreads across several of the reels.

The name might imply a game in which the Wilds fight each other, but that’s not exactly the case. Instead, it’s a game themed loosely around kung-fu, with a character that looks suspiciously like Bruce Lee present in the Wild. You can trigger Free Spins by landing three or more of the Free Spins symbol, whilst a Win symbol on the middle reel will allow you to win as much as 888x your stake, the minimum of which is ten pence per spin.