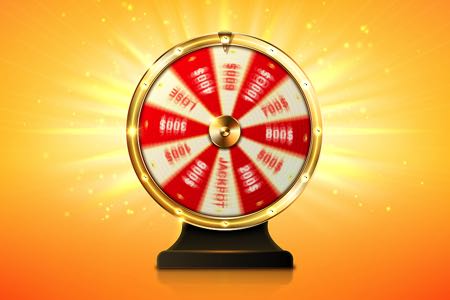 Do a quick online search for betting companies and you’ll be bombarded with promotions offering you ‘free’ spins, ‘free’ bets and so on. The problem is, once you’ve done your spin or placed your bet you’ll usually have to fulfil certain criteria in order to be able to withdraw any winnings that you’ve accumulated. That’s saying nothing about the act that you’ll sometimes need to deposit money in order to get the offer in the first place.

Obviously, this begs the question: are they really free bets? Is that something of a misnomer, given then you have to pay for them in some form or another? That’s certainly the question that the Advertising Standards Authority have been asked on the issue, with accusations of false advertising cropping up as a result. Given the government’s current review into the Gambling Act of 2005, might we see an end of them? 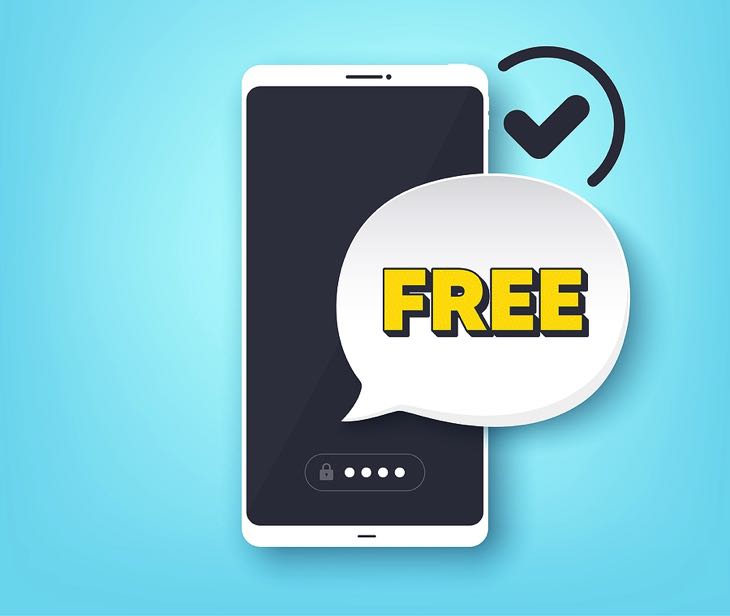 Let’s start by establishing exactly what it is that we’re talking about. Here’s an example of some of the offers that we’ve encountered when doing an online search for betting accounts:

As you can see, in all the cases listed above you need to deposit money and bet with it before you get your ‘free’ bets. There are often other qualifying criteria attached to the free bet, such as ensuring that the thing that you bet on has odds of Evens or greater, or the bet needing to be settled within 60 days of placing it. The free bets that you’re given usually have an expiry date of seven days or so too.

Is Something Free If You’ve Got to Pay for It?

The obvious question that crops up when looking at the above list, which is far from an exhaustive one, is whether or not something can actually be considered to be free if you’ve had to pay money to receive it. Most people reading this site will be doing so because they are looking for sites that allow them to bet with small stakes. The idea of being able to bet for free will obviously be appealing, but not when it comes with caveats.

Being able to deposit as much as £10 and betting it all in one go is not something that everyone will be able to afford to do, meaning that as much as a month’s worth of bets will be used up taking a bookmaker up on their offer of a ‘free’ bet. With that in mind, it certainly doesn’t seem all that free and could, for certain people, actually be very expensive to make use of such an offer.

Should You Have to Jump Through Hoops for Something That Is Free?

Even in cases where there isn’t a large deposit to be paid and played with, betting companies ask punters to jump through certain hoops in order to qualify for their free bets. The likes of minimum odds are in place, for example, meaning that you can just bet on whatever you want to but instead have to think about the odds of the bet that you’re placing. This isn’t necessarily easy for those that don’t understand how odds work.

It is sometimes the case that a bookmaker asks people to rollover their winnings a certain number of times before they can withdraw them. In other words, you’ve placed your bet and won, but you can’t do anything with the money until you’ve placed the bet again and won again, sometimes more than once. Is this a fair practice when you’re advertising something as being ‘free’ when people sign up to use it?

For many, the idea of having to jump through hoops before being able to take advantage of an advertised offer flies in the face of what they think they’re signing up for. Whether it be ensuring that you’ve ticked a certain checkbox or using your free bet within a given time period, there are some that feel such conditions invalidate the idea that the offer is for a free bet in the first place. Should they be called something else?

What the ASA Says About the Matter

The Advertising Standards Authority is the body in the United Kingdom that is responsible for ensuring that advertisers don’t mislead the people that they’re selling their wares to. The Committee of Advertising Practice has issued guidance to companies in relation to free bets and bonuses, which is ‘intended to help marketers’ that offer such promotions on behalf of betting clients.

As part of the licensing condition of the United Kingdom Gambling Commission, licensees have to agree to ‘abide by ‘any relevant provision of the CAP or BCAP Code’, especially with regards to free bets and bonuses. The ASA has outlined that an advert will be declared as being misleading if it leads someone to make a transactional decision that ‘the would not otherwise have taken’.

The ASA’s position on ‘free’ bets has been in place since 2014, when the body issued a ‘new gambling help note’ aimed at advertisers and providing them with clear guidance around what is and is not allowed when it comes to ‘free bet’ offers. With that in mind, it is interesting that plenty of companies still make ‘free’ offers that have all sorts of terms and conditions applied, getting around any issues by ensuring that such Ts&Cs are prominently placed.

Fines Have Been Issued

Whilst it might seem a little bit wishy-washy in its approach to a hot topic, the Gambling Commission has issued fines to companies that haven’t met the criteria set out around the language of free bets. In February of 2018, for example, the Dutch company ElectraWorks was issued with a fine of £350,000 on account of the fact that it had misled punters over adverts about free bonuses.

The offences had been committed in 2016 and 2017, with the UKGC’s Commission Programme Director, Richard Watson, stating that the fines should ‘serve a warning’ to other gambling businesses about the language used when making offers to consumers. Later that year, however, LeoVegas was issued with a £600,000 fine, some of which was due to misleading adverts that failed to mention restrictions on promotions.

If you’re someone interested in placing bets of low stakes, the language of promotions is a really important issue. It isn’t right that you’re being told that you’re getting a ‘free’ bet only to find out that you’ve got to spend as much as £10 in order to get such a bet. It is with this sort of thing in mind that the Gambling Commission and the Advertising Standards Authority looks to ensure that businesses follow the rules set out for them.

There Are Genuine Free Bets Out There 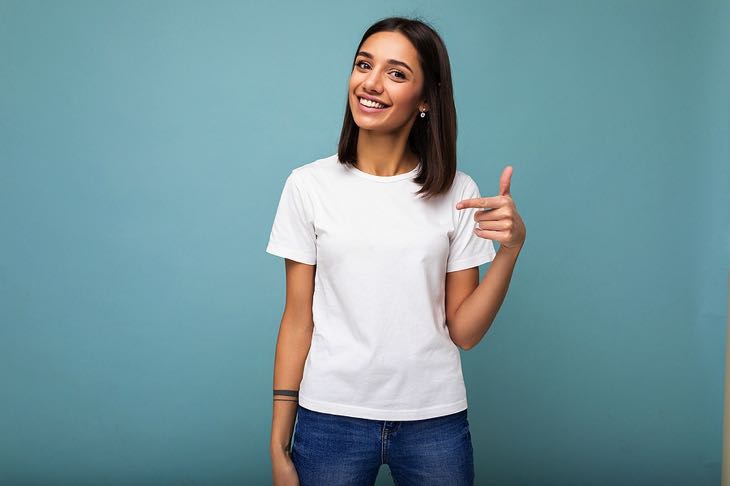 As part of the reaction to complaints about free bets not actually being free, some bookmakers launched genuine free bet offers. These offers require no deposit being placed in order to claim the free bet, though some other limits are still put in place on them that you must meet. These are often things such as minimum odds requirements, rather than anything that would limit your chance of being able to claim any winnings.

Obviously, these offers are ones to keep an eye out for, though it’s worth bearing in mind that you’ll usually still not be paid the free stake out when you claim your winnings. In other words, you might have placed a ‘free’ bet of £10 on a wager with odds of 3/1 and won, but instead of the £40 you’d be paid if you’d used your own money (£30 winnings plus the £10 stake) you’re only paid £30.

It goes without saying that that’s still a decent enough offer and £30 for free, as an example, wouldn’t be something to complain about. There are also offers for free spins, with the rules on them being that they have to placed on a specific game and the stake you can place is usually dictated to you. For the offers that fit the bill of what we’re talking about, you can then withdraw winnings as cash when you’ve used up your spins.

Might a New Gambling Act Put an End to ‘Free’ Spins?

In recent times, the government has found itself under increased pressure to review the Gambling Act of 2005. The prevailing feeling has been that the act was an ‘analogue one for a digital age’, given the extent to which the internet was a relatively newly developing thing at the time the Act was created, there is a feeling that many aspects of it need to be rewritten in order to ensure that it fits with modern gambling.

One of the things that it is felt that the government will look at as part of its review is the manner in which betting companies promote bonuses and free bets. A quick look at the terminology used shows that you can be offered free bets, free spins, matched deposits and so on. Whilst the Advertising Standards Authority and the Gambling Commission have introduced stricter guidelines, some feel it is still not enough.

In Sweden, for example, a decision was taken that means that punters can only take one bonus per operator, so once it is gone, it is gone. It’s possible that the UKGC could opt for a similar approach, but most people simply want offers to be fairer and more honest in what they’re actually promoting. Something shouldn’t be allowed to call itself ‘free’, for example, if you have to make a deposit and place a bet in order to get it.

In the language of the review, a question is asked about ‘the harms or benefits of licensed operators being able to make promotional offers, such as free spins, bonuses and hospitality’, which is aimed at both VIPs and normal punters. Given that bodies, such as the Betting & Gaming Council, have thrown their support being the review on account of the fact that it is ‘evidence-based’ in its approach, it is unlikely that bookmakers will argue with whatever is decided.