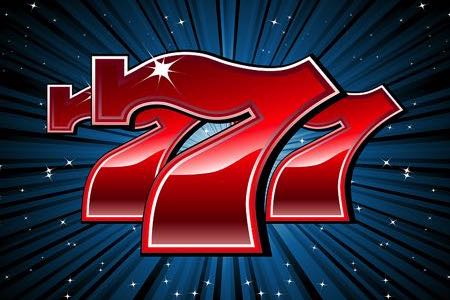 In order for a spin to win on a slot, the symbols need to line up on an active payline. The number of paylines vary by game and could go from 1 all the way up to 10,000 or more depending on how it’s laid out, meaning that symbols could land on adjacent reels but not form part of a payline (which can be a little frustrating to say the least!).

This is where 243 payline slots come in. Here the number and layout of the paylines covers all possible scenarios, meaning that as long as you land three or more of the same symbol on consecutive reels from left to right then it’s a win.

So where does the name come from? On a five-reel slot machine that has three symbols on each reel the total number of possible combinations are 3x3x3x3x3, which equals 243 ways to win. This is why the game is also sometimes referred to as ‘All Ways Pays’. 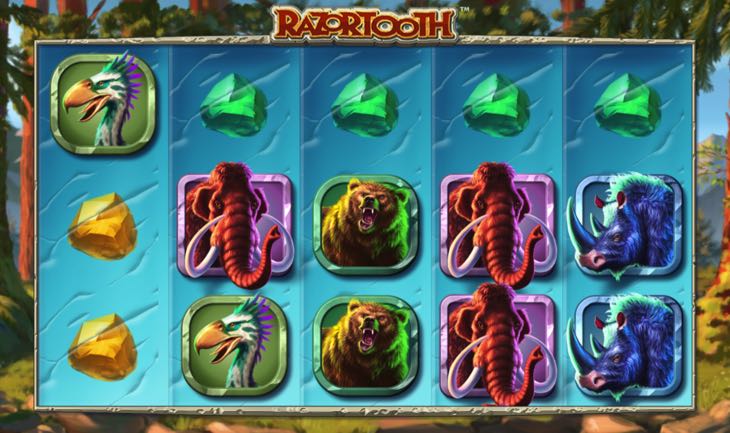 In the early days of their existence, slot machines were remarkably simple things. Punters would put a coin into a fruit machine, pokie or slot, depending on what country they were in, and then pull the arm to start the reels spinning. If the same symbol landed in the centre, hitting the payline, the user would win a payout. It really was that simple, introducing us to the notion of a payline and a simplistic way to win.

The move to online gambling improved many aspects of the betting industry, such as access and the number of games that we could play. It also improved what game designers could offer customers, with the only real limit being their imagination. Soon the slot games began to develop across the board, with the number of ways that players could win being the first thing that designers looked to improve.

Previously, the payline would run from left to right and involve the three central symbols that landed on the machine. The move to digital allowed the number of reels to be increased to five and the number of rows that can be seen shift to three rather than the traditional one. As a result, combinations of symbols from all of the reels and each of the spaces on show could be used as a payline, rather than the need to stick with just one.

It’s entirely fair to say that the maths behind the new way of playing is complex, but the important thing to realise is that a payout can come from a huge number of different places, which is why the idea of 243 ways to win became commonly referred to. In these slots there are no longer traditional paylines, but instead a collection of 243 paylines because of how game designers chose to interpret the visuals on the screen.

Keeping the Costs Down

The good thing about 243 payline slots is that the number of ways to win has increased but the amount that customers have to pay hasn’t. In the old-style way of playing, each payline had to be paid for separately if you wanted to win on it. As a result, a game with 30 paylines at a cost of £1 per payline would cost £30 to play, but that’s not how game makers have decided to work 243 slots.

Instead of paying per playline, punters are instead asked to pay a set fee per spin. This means that if the minimum cost of the game is, say, 20 pence then you only have to pay 20 pence but you still get paid out on the 243 paylines. The flip side of this, of course, is that the payout you’ll receive for winning spins is probably less than it might have been if you’d opted for a larger stake on fewer paylines.

The ability to choose how many paylines you’re going to play has been taken away from the bettor with 243 line slots. Instead, all paylines are played every time you spin the reels. It makes the 243 slot games seem hugely confusing, because of the sheer number of possible ways to win each time you press the Spin button. The good news is that you don’t need to worry about it, with the game figuring it all out for you.

The Positives & Negatives of 243 Line Slots 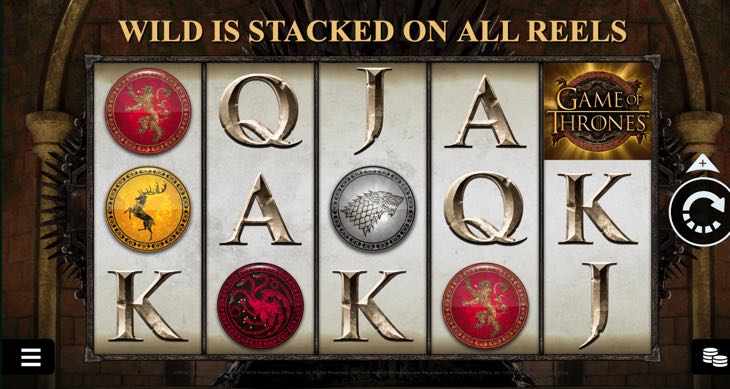 Let’s be honest, the most impressive thing about a 243 line slot is that the number of ways that you can win is huge. It doesn’t mean that each payout will be massive or that you’ll never lose your money, but the number of winning opportunities available to players is impressive enough to mean that you’ll see the screen light up with a winning combination on a fairly regular basis.

The fact that the game works everything out for you in terms of what payout you should expect means that 243 line slots are a good place for beginners to start their slot playing journey. You can get into the excitement of the slot experience and look out for matching symbols without needing to worry about what the paylines look like.

The major downside of playing a 243 line slot is that the increased number of ways to win results in lower payouts. That doesn’t mean that you can’t hit an impressive jackpot or win a decent amount of money, but the the majority of payouts are smaller than you might experience on a different type of game. In short, you’ll get to win more frequently but the size of the prize that you’ll be collecting will be smaller.

The nature of the payout will usually be dictated by the volatility of the game that you’re playing. Highly volatile games will pay little and often, whilst those with low volatility will pay less often but the prizes will be more substantial when they do. The main way to figure this out is by playing a game for a short while and figuring out how often you get paid and how impressive the payout amounts are.

Generally speaking 243 payline slots would be expected have a lower volatility than a slot with 9 paylines as you have 27 times more chances to hit a winning combination. The actual volatility will vary by game and you do get higher volatility 243 line slots but it works as a general rule of thumb.

Now that we know how 243 line slots work, let’s take a look at some of the more popular ones that you can play online. It goes without saying that not all of these will be available at every online casino, but you will be able to play them if you shop around to find the casinos that offer them. 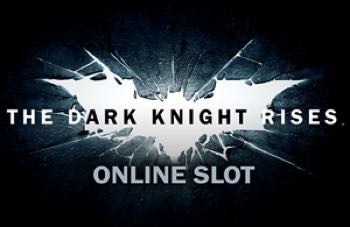 Based on the Christopher Nolan film of the same name, The Dark Knight Rises slot is part of Microgaming’s Mega Moolah network of progressive slots. It’s that progressive jackpot that often attracts players to the game, but they then end up sticking around because of the excellent graphics and animations. It is, of course, a 243 line slot that is played over five reels.

Characters from the Nolan film are used as symbols, meaning that the likes of Commissioner Gordon, Cat Woman, Bane and Batman himself will land on your reels from time to time. Losing spins aren’t always losers, given that the Symbol Scramble feature can send the symbols shaking and spinning and replaced by winning alternatives. Plus, there’s always the chance that you could trigger that Mega Moolah progressive jackpot. 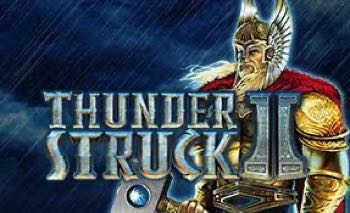 The original Thunderstruck was one of Microgaming’s most popular slots back when it was a burgeoning young company, so it’s not all that surprising that the company decided to release a sequel once they had established themselves as one of the best game creators in the market. The Norse gods of the first game have passed their powers on in Thunderstruck 2, which offers 243 ways to win.

Expect to see the likes of Thor’s hammer and the gods themselves as the symbols, whilst the Great Hall Of Spins bonus game promises more ways to win. Entering the game unlocks free spins, which can see you win some big bucks. Wilds, Scatters and even a Wild Storm bonus make this game great fun to play, which is why it is quickly becoming almost as beloved as the original game that spawned its existence. 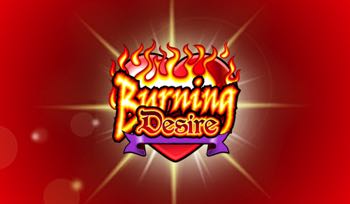 It wouldn’t be right to talk about 243 line slots and not mention the game that started it all off. Released by Microgaming in 2012, it immediately earned itself a cult following and is arguably just as popular with slot players today. When it was released it was marketed as being a game that had ‘no paylines’, though of course know now that it’s actually got a massive number of paylines that bring players back time after time.

The Free Spins round has a fixed jackpot of 90,000 coins, which is really impressive even more than a decade later on from its release. As you might expect from a game that is quite old in relation to many others, the graphics leave a lot to be desired and the symbols are quite simplistic. Nevertheless, with a minimum stake of 25p and a competitive Return To Player amount of 96.19%, it’s easy to understand its appeal. 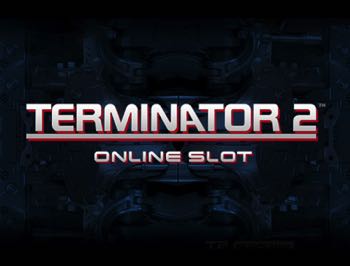 Slots that are themed after much-loved films will never not be popular, with this one, which is based on James Cameron’s film of the same name, proving to be no different. A 243 line slot, it expands to become a 1024 ways to win game if you trigger the Free Spin round. It’s got Wilds and Scatters that add a degree of excitement to the game play, but nowhere near the excitement level of seeing the T-1000 appear.

Wins are more frequent in Hot Mode, whilst the emergence of the T-1000 into the reels will ensure that the highest possible combination for that spin is paid out. The T-800 Vision Bonus is also something that adds to the game, given that it’s triggered randomly when you haven’t won. The Terminator, John Connor, T-1000, Sara Connor and the T-800 are the symbols that you’ll recognise from the film. 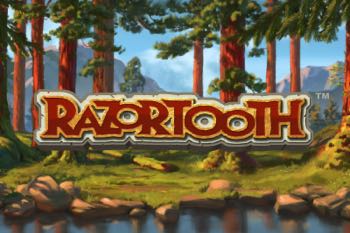 Microgaming isn’t the only company that has produced some excellent 243 slots and Quickspin come to the party with Razortooth. This game is themed around the ice age, the period rather than the animated film, so fang-toothed animals are one of the things that you’ll see pop up during spins. The graphics are excellent, with Wilds and Scatters promising ways to change the result of your spin.

Landing three Moon symbols anywhere on the reels on the same spin will trigger the Free Spins feature, which will see you given five Free Spins and the ability to get 2 Savage Wild symbols. Expect to see pre-historic creatures landing on the reels, with a good combination of the right ones able to see you win some decent money. It’s a solid alternative to the movie-themed slots that are all the rage. 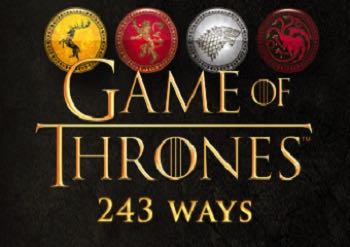 Speaking of games based around a licensed theme, the Game of Thrones 243 lines slot is, as you might expect, all about the goings on in the Seven Kingdoms of Westeros. You’ll be hoping that you can seize the Iron Throne, which will set you on your way to getting some decent prizes. Filled with special features, like getting a Free Spin for each House, this is a game that fans of the HBO show will love.

The theme is really well done, with characters from the show featuring as reel symbols and Free Spins a great way to boost your winnings. The graphics are a little bit more limited than you might expect for a relatively new game, but the 243 ways to win more than makes up for that. The Wild symbol is the famous symbol from the show, but the most exciting feature comes in the form of being able to gamble every win for the chance to double the prize.