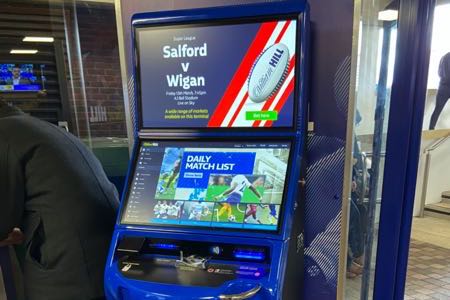 Fixed Odds Betting Terminals, often referred to by the acronym FOBTs, was one of the most controversial aspects of the gambling industry in recent years. Once called the ‘crack cocaine of gambling’, the maximum stake playable on the machines was £100. Given that the typical Return to Player percentage on a machine was about 94%, they were essentially a licence for bookmakers that had them to print money, which led to a government review of them.

In May of 2018, it was confirmed that the British government would listen to calls from campaigners to cut the maximum stake playable to £2, largely in the hope that it would reduce incidents of people developing a gambling problem. The plan had been for the change to happen in October of 2019, but protests meant that it was brought forward to April of that year instead and the result was betting shops around the country being closed in the months that followed.

A Brief History of FOBTs

Fixed Odds Betting Terminals were first introduced to the United Kingdom in 1999, arriving in betting shops and casinos and allowing bettors to play games at the press of a touchscreen button. Prior to their existence, British punters were often found playing on three-reel fruit machines that allowed them to nudge and hold symbols in the search for a payout over between one and five lines; a much more sedate experience for most people.

FOBTs soon replaced fruit machines as the machine of choice for most people to play on, largely thanks to their ability to offer players the ability to bet on multiple lines and win much bigger prizes. The breadth of games on offer was also a reason for punters to celebrate, with the machines offering everything from virtual horse racing through to bingo via roulette and other such casino-themed games, making them an instant hit.

Such was the extent to which they made betting shops that featured them a good amount of money that soon bookmakers were opening multiple stops on Britain’s high streets not to offer sports betting but just to allow as many people as possible to play on the terminals. One of the key aspects of the Gambling Act of 2005 was to limit how many FOBTs a betting shop was allowed to house, limiting them to four per venue.

This simply led to the biggest companies increasing the number of shops that they had, with the FOBTs supplying enough income to allow them to pay the rent and make vast sums of money. Anti-gambling groups soon began to pressure the industry and the Association of British Bookmakers responded by forcing developers to tell people when they risked losing more than £250 or played for more than 30 minutes on the machines.

In 2017, the Department for Digital, Culture, Media, and Sport, which is responsible for the United Kingdom Gambling Commission, launched a study into the influence of Fixed Odds Betting Terminals. Understandably, critics of the machines wanted the maximum stake to be reduced significantly, whilst those that favoured the industry felt that reducing the maximum stake too much would have a detrimental effect on the sector.

The feeling from critics was that punters could lose far too much money in a short space of time when gambling on FOBTs, whilst the gambling industry didn’t believe that there was a valid link between the use of the machines and problem gambling. Regardless, ultimately it was decided that the maximum stake playable would be £2, with the betting industry responding by saying that the cut in stake would result in shops closures. 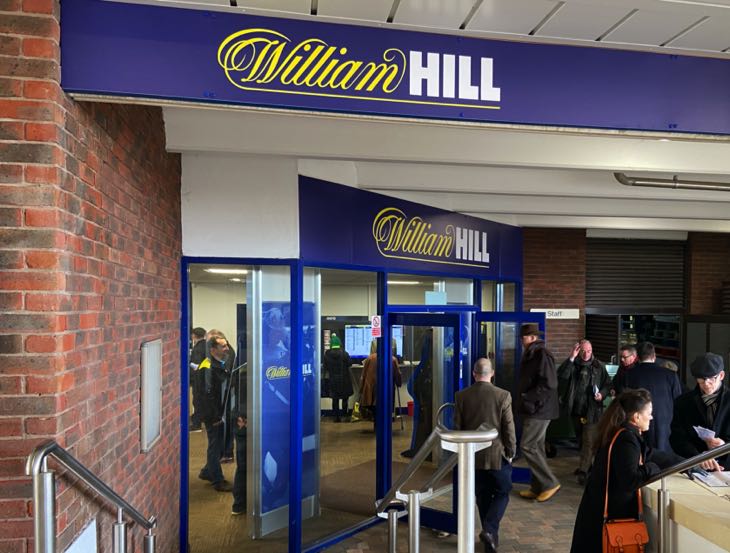 There were some who thought that the threat from companies, such as William Hill, to close betting shops as a result of the cut in maximum stakes playable on Fixed Odds Betting Terminals were just that: threats. However, the reality was that the FOBTs were such money-spinners for betting companies that to cut down the amount that they could make from them was always going to impact their ability to keep shops open.

In some cases, the terminals were far outweighing the amount of money made from sports betting for individual betting shops, meaning that the lost income was keenly felt. It didn’t help bookmakers with high street stores that the government chose to increase the Remote Gaming Duty, also known as the Point Of Consumption tax, from 15% to 21%. This was in order to make up the shortfall in tax claimed from FOBTs, which was in the billions.

In July of 2019 it was announced by William Hill that there were considering shutting around 700 shops, which put 4,500 jobs at risk. This was due to what was referred to as a ‘significant fall’ in gaming machine revenues as a result of the maximum stake on FOBTs being cut. The hope was that some people would take voluntary redundancy whilst others would be able to work elsewhere in the business in order to keep job losses at a minimum.

The idea of it being a threat aimed at dissuading the government from cutting the maximum stake suddenly became far more real. The decision to shut the shops resulted in Philip Bowcock, the Chief Executive Officer of William Hill, leaving the firm. The reasoning behind his departure was put down to a shift in focus to international markets as well as concentrating on online clients, though the timing to the shutting of stores was difficult to ignore.

Criticism of the Government

There was plenty to be critical about when it came to the government’s handling of the decision to reduce the maximum stake on Fixed Odds Betting Terminals. The initially announcement that it wouldn’t happen until October of 2019 caused Tracey Crouch, the then-Sports Minister, to resign in protest. She felt that any delay was unjustifiable and that it would some cost problem gamblers their lives.

No Preparation for Bookmakers

There was then the fact that the government’s decision to actually bring in the stake reduction in April of 2019 instead of October that year left the betting industry no time to prepare itself for the changes. The added difficulty of an increase in the Remote Gaming Duty to 21% meant that many betting companies were ill-prepared for the changes that were foisted onto them. In her resignation letter, Crouch pointedly referred to concessions made to those with ‘registered interests’.

One of the biggest problems for the government regarding FOBTs, aside from the number of people believed to be developing gambling problems thanks to their use, was the fact that they also allowed criminals to use them for the purposes of laundering money. Drug dealers and other nefarious types could pay large sums of money into the machines and withdraw some for a small hit, giving them ‘clean’ money. A delay in implementation would have allowed that to continue.

Given the manner in which the United Kingdom Gambling Commission had been issuing fines to bookmakers, such as Coral, for failing to stop a drug dealer from laundering as much as £1 million on the machines, it was controversial for the government to then allow them to do it for longer. All of which forced the Chancellor of the Exchequer, Phillip Hammond, to reconsider his position and agree to implement the stake reduction sooner than he’d initially hoped.

What Difference the Stake Reduction Has Made

For many low stake players, the reduction in the maximum stake playable on Fixed Odds Betting Terminals made little difference. They were never likely to engage in sessions on the machines that saw them spending £100s in one sitting, instead opting for the lowest amount possible if they played on the terminals at all. For those that would previously have played for large amounts of money, though, the difference has been stark.

That is noticeable in the fact that the cuts have resulted in a drop in the number of times that the police have been called to betting shops of nearly 40%. Previously the police were regularly having to deal with customers becoming violent as a result of losing significant sums of money, which makes sense when you remember that previous people could lose as much as £100 every 20 seconds but that has been reduced to just £2, or £6 per minute.

The Gambling Commission was quick to point out that the reduction in the size of the maximum stake wasn’t the only reason for the drop in police call outs. Overall crime was down over the same period, for example, whilst there has also been an improvement in the links between betting shops and the police. That was something debated by others, who pointed to the drop off in calls being too dramatic to ignore the stake cut being the reason.

What It Means for Low Stake Bettors

Low stake bettors will be able to play on Fixed Odds Betting Terminals for the same sort of money that they will have played on them before, with the key difference being that any possible temptation to increase the stake amount has now been removed. Though people that tend to bet only low stakes are generally considered to have more control than others, Oscar Wilde wasn’t wrong when he suggested that he could ‘resist everything except temptation’.

Between October 2018 and September 2019, the reduced maximum stake amount was in place for roughly half of the period. During that time, however, the income made from FOBTs fell from £1.1 billion to £624 million, showing just what an impact that had been having on betting shops. Low stakes punters were never their target audience, but the number of people who will have gone from being high-rollers to low stakes betters increased dramatically.

Are Independent Bookmakers the Ones Who Will Suffer?

Punters that favour low stakes betting are now able to enter betting shops without fear that they’ll be dragged into the world of wagering on Fixed Odds Betting Terminals, but the question is whether their favourite betting shops will still be open when they want to use them. If companies, such as William Hill, who have a huge online presence and are recognised on a global scale, suffer from FOBT stake limitations, what hopes have independent bookmakers got?

Independent bookies depended on the revenue from FOBTs, so the cut in stake has left them wondering how to make up the shortfall. It’s also unlikely to help problem gamblers much in the eyes of some, given that if they’re unable to stake more than £2 on terminals in betting shops then they’ll merely go online and bet whatever they want with an online betting shop. It’s the independent bookies that don’t have linked websites that will suffer the most as a result.

With bookmakers being warned by the Gambling Commission that any attempts to circumvent the rules will be punished, it’s clear that low stakes bettors could soon find themselves in a situation where their favourite shops have had to close down. If that’s the case then they too will move online, meaning that the temptation to bet more than small amounts will soon rear its ugly head, asking questions of even the most determined low stakes gambler.