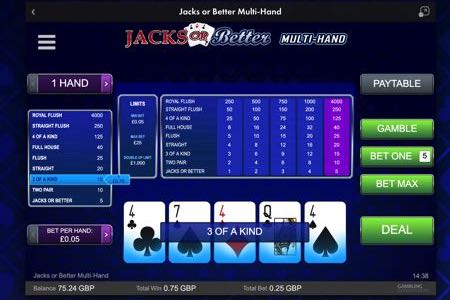 Poker is a game that has increased in popularity year-on-year, leading to casinos finding new and varied ways to offer it to bettors. Video poker is one of the oldest such electronic games, having been available in chosen venues almost since the first electronic slot machine was offered. It is a fixed-odds version of poker that is based on the five-card draw version of the famous game, paying out specific amounts for certain hands.

What makes video poker interesting from a low stakes point of view is the fact that you can play hands with a minimal investment, though how much you’ll be paid out on a winning hand will differ depending on numerous things. It is often referred to as ‘poker slots’, such is the seemingly random nature of it, but there is actually a degree of skill involved in playing video poker that you don’t get on standard slot machines.

Let’s start by taking a look at what video poker is and how it’s played. You can play it on terminals in some physical casinos or at online casinos. The first thing that you need to do is to decide what sort of video poker game you’d like to play, given that the majority of places that offer it will offer several different types of video poker. They all tend to work in the same sort of way, however, so we can talk about them vaguely here.

Next up, you’ll need to decide what your stake is, as well as how many hands you’re going to play if you’re playing a multi-hand version of the game. After this, you’re dealt five cards and you have the opportunity to either hold some of the cards or else discard them and receive new ones. Once the new cards have been dealt, this makes up your final hand and you’ll win if you have a hand that matches the payout table.

The pay table, which will be clearly displayed on any video poker game, will explain to you how much you stand to win depending on which hand you have been dealt. After a winning hand, some games will give you the option to double your money by engaging in a game such as Higher or Lower or Red or Black. Whilst this might lead to you doubling your winnings, it could just as easily result in your losing your winnings altogether.

The first thing that it’s important to learn about video poker is that you’re always going to be best of playing the maximum number of coins. Some video poker games will refer to coins as something different, such as ‘Bet Amount’, but the result is still the same. If you play the maximum that you can in this section then you can receive the maximum payouts, even if your bet itself is the lowest on offer.

As an example, on Jacks or Better with one online casino, punters could play the minimum stake amount of two pence and the maximum bet of five. This would make the cost of each hand ten pence, but you could win the top payout for each hand. If you had opted for a ten pence stake and a bet of one, you’d still be paying ten pence for your bet but only be able to be paid out the minimum for each of your hands.

Here’s what the pay table looks like for the Jacks or Better game in question, showing you the difference between the payout you’d receive for a bet of one compared to a bet of two, three, four or five:

That means that if you were to bet the minimum of two pence and Bet 1, you’d receive a payout of 0.02 x 250 if you got a Royal Flush, which amounts to £5. If you were were Bet 5, however, that payout would be 0.02 x 4,000, which is £80. The fact that the payout increases depending on your Bet is the key thing to remember, so it’s worth paying ten pence per deal instead of two pence per deal because they payout is much higher. 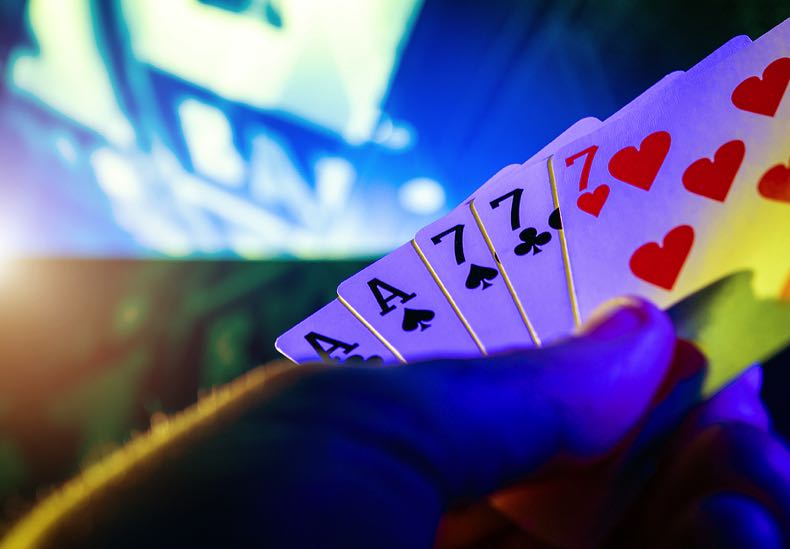 It’s common for video poker games to offer you either single hand or multi-hand variations. If you opt for the single hand option then obviously your overall bet amount is lower, whereas the more hands you play with the more expensive each go will become. The flip side of this is that some games will allow you to opt for a lower stake amount when you’re playing more hands at the same time.

Going back to the example of our Jacks or Better option earlier, the minimum stake is two pence per Bet when playing one hand, but drops to one pence per bet if you’re playing four hands or more. Of course, the increase in hand numbers means that your overall bet is more expensive, but the chance that you’ll win is increased. The maximum stake also changes depending on how many hands you’re being dealt, which is worth looking at.

Here’s look at the minimum and maximum when playing the maximum bet, depending on how many hands you’ve decided to play:

As mentioned, this is playing the maximum bet in terms of coins, so you could opt to play just 1 coin and this would reduce the minimum bet down further and, as mentioned, this would mean that you can’t receive the maximum payout for your stake and would therefore be a mistake. A 50 hand deal with the minimum stake of one pence and the minimum Bet of 1 would cost 25 pence per deal, making it £1 cheaper but meaning you’ll be paid less with every winning hand.

When you play a multi-hand game, you’ll have one hand that will dictate which cards you’ll hold and which you’ll get re-dealt that will apply to all of the other hands. In other words, say you decided to hold two aces, those two aces would be held for all 50 of your hands. Each hand would be dealt its own three replacement cards, however, so you’ll have a chance to win multiple times in numerous different ways.

The beauty of video poker is that the sheer variety of sites that offer it mean that there are loads of different games that you can play. This means that there are a wealth of options in terms of finding low stakes sites, so you can soon find out how to play video poker without having to invest a wealth of money. Obviously each site will have its own rules and regulations in terms of the minimum bet on its version of a game, but this should give you a rough idea of games to look out for.

Here’s a look at the different types of video poker that you can play, as well as the amount of money that you can expect to pay for a go on a single-hand game of video poker, paying the minimum stake amount but the maximum coin number, in order to ensure that you can win the biggest prize for the stake amount that you’ve decided to play, along with a brief description of how the game works: 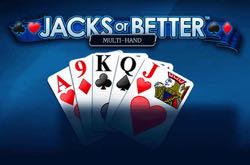 Let’s start by looking at the game type that we’ve used as our example throughout. This will pay out as long as you get a pair of Jacks or Better. This means a pair of Queens, Kings or Aces will receive a payout, as will anything from two pair on up. The minimum you can pay to play whilst still being able to win a maximum payout is ten pence, with the amount you’ll pay increasing when you change factors such as the number of hands you play.

As you might imagine, this game works in the same way as Jacks Or Better, with the difference being that you’ll be paid out if you’re dealt a hand that is 10s or better. The minimum you can bet on this game is 25 pence, making it twice the cost of the Jacks or Better game but offering you more opportunities to win. The maximum payout on a Royal Flush is also 5,000, compared to 4,000 in Jacks Or Better.

This game has a lower limit of a pair of Kings that you’ll need to hit in order to receive the payout for the minimum win. The least that you can pay to play is 25 pence, with the maximum payout when hitting a Natural Royal Flush being 4,000. The reason it specifically talks of a Natural Royal Flash is that you can be dealt a Joker, which acts as a Wild and helps form a winning hand if it can, but a Wild Royal Flush pays a different amount. 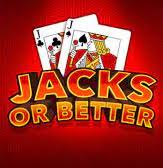 Last but not least, a look at a game that is identical to the first on this list in one sense but is very different from it in another. It works in the same way as Jacks or Better Multi-Hand, with the difference being that there’s no option to play a multi-hand version of the game and it therefore promises a lower minimum stake of one pence. That means that you’ll pay just five pence per play with maximum coins, though the top payout is still 4,000.